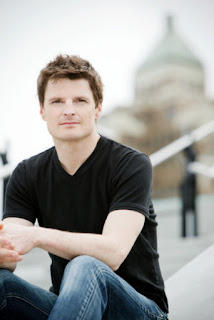 Bob Frazer
Bob Frazer is a highly acclaimed and nationally recognized actor based in
Vancouver. Since graduating from Studio 58 in 1994, he has worked consistently
in theatre becoming one of Vancouver’s most sought after and popular actors. His
work has been honoured with 7 Jessie Richardson Theatre Awards for performance.
He has participated in many aspects of the entertainment industry including
directing, script development, acrobatics, dance, and writing but has spent most
of his time in the performing field. He has acted in over 50 productions in
theatre and has done over 40 TV episodes and films. He has travelled to most
major Canadian theatres to perform, most notably with Skydive, a show that he
co-created and performed in. He is a regular contributor at Bard on the Beach
and has played Hamlet, Richard III, Petruchio, Hotspur, Iago, Caliban and
Mercutio. This summer sees him in the title role of Macbeth.
Bob recently formed a new theatre company, Osimous Theatre, based on the
principles of ensemble performance and creation. They have just finished their
second production, Hedda Gabler, performed in the Roedde House Museum to an
audience of just 20. This extremely intimate show received rave reviews and
succeeded in establishing Osimous Theatre as one of the most exciting companies
in Vancouver. Bob, along with fellow actor Derek Metz, also established The
Welding Theatre Society, a group committed to investing in the creation of a new
theatre space for rehearsals and performances. It is his dream to base Osimous
Theatre in this new space and to create great theatre.
On a personal level, Bob plays many sports and spends as much time as he
can with his wife Michele and his two children, Madelyn and Jackson. He spends a
lot of time outdoors in beautiful Vancouver and you can often catch him
attending theatre, playing hockey or shopping for fresh vegetables.
*
Stephen Drover
ARTISTIC DIRECTOR – POUND OF FLESH THEATRE COMPANY
Stephen Drover trained as an actor at Memorial University’s Sir Wilfred
Grenfell College. For two years he was an Associate Director for
Theatre Newfoundland Labrador (Romeo & Juliet, Of the Fields Lately, East O’ the Sun & West O’ the Moon) and later taught at the Neptune Theatre School in Halifax.
At UBC he received an MFA in Directing (The Creation – thesis production). Since then he regularly returns to Memorial as a visiting assistant professor/director (The Taming of the Shrew, Richard III, Hamlet) and has assistant directed at the Stratford Festival (King John). For Pound of Flesh Theatre he adapted and directed The Bond and Macbeth. He directed The Last Days of Judas Iscariot, a co-pro between PFT and Pacific Theatre and co-wrote and directed “A Parable” for Caravan Farm Theatre’s production of Everyone.
Other favourite directing credits include PolitiKo (Ghost River Theatre, Calgary); Orphans (Wink Theatre, Vancouver); Skydive (Realwheels) for which he won a Jessie Richardson Award, Laughter on the 23rd Floor (Guild Theatre, Whitehorse)and The Merry Adventures of Robin Hood (Carousel Theatre). He is the recipient of the 2007 Ray Michael Award for Outstanding Body of Work by an Emerging Director.

*
Jay Brazeau
Jay’s IMDB listing includes 208 titles, with a comparable number of plays. Jay has been a staple on the Vancouver scene since he moved here in 1982, starting off in TheatreSports before moving on to dramas, musicals and then film.
Jay’s TV credits include: Stargat SG -1; The Outer Limits; Cold Squad and Da Vinci’s Inquest.
His Theatre Credits include  “Man in chair” in the National Arts Centre production of The Drowsy Chaperone in Ottawa,Hairspray for the Arts Club and Tevye in Fiddler on the Roof as well as many many others.
*
Christopher Gaze
Best known as Artistic Director of Vancouver’s Bard on the Beach Shakespeare Festival, Christopher Gaze has performed in England, the USA and across Canada. Born in England, he trained at the Bristol Old Vic Theatre School before coming to Canada in 1975 where he spent three seasons at the Shaw Festival. He moved to Vancouver in 1983 and in 1990 founded Bard on the Beach which he has since nurtured to become one of the most successful not-for-profit arts organizations in North America, with attendance exceeding 91,000. In addition to performing and directing for Bard, Christopher’s voice is heard regularly in cartoon series, commercials and on the radio. He also hosts Vancouver Symphony’s popular Tea & Trumpets series and their annual Christmas concerts. His many honours include induction into the BC Entertainment Hall of Fame, Canada’s Meritorious Service Medal (2004), Honorary Doctorates from UBC & SFU, the BC Community Achievement Award (2007), the Gold Medallion from the Children’s Theatre Foundation of America (2007), the Mayor’s Arts Award for Theatre (2011) and the Order of British Columbia (2012). A gifted public speaker, Christopher frequently shares his insights on Shakespeare and theatre with students, service organizations and businesses. In December 2012, Christopher will star in and direct Vancouver Opera’s The Pirates of Penzance.

Dean Paul Gibson
DPG’s selected directing credits include 7 Stories (Theatre Calgary/CanStage), Black Comedy, The History Boys, It’s A Wonderful Life, The School for Scandal and A Flea in Her Ear (Arts Club), Toronto, Mississippi, True West, No Great Mischief, and Noises Off (Playhouse), The Boyfriend (Studio 58), Othello, Romeo and Juliet, A Midsummer Nights Dream , Hamlet, and many more (Bard on the Beach), Lend Me a Tenor, Good Night Desdemona–Good Morning Juliet, and Powerlines (Gateway Theatre).
As an actor, Dean has also been seen on stage and in various film and TV roles, including The Drowsy Chaperone (MTC), A Christmas Carol, The Dead Reckoning, Music Man, Little Voice and the acclaimed production of The Overcoat (Playhouse), Vigil (Theatre Calgary and WCT), Felix Humble in two productions of Humble Boy (Tarragon and Playhouse/National Arts Centre), Little Mercy’s First Murder (Touchstone), Shopping & Fucking (Pi/Ruby Slippers) Stones in his Pockets (Playhouse and The Belfry), The Family Way (Touchstone), Cymbeline (Bard on the Beach), and the award winning production of Problem Child (Green Thumb Theatre)
Dean has been honoured with Jessie Richardson Awards for his acting and directing and is a graduate of Studio 58.
*
Stephen Heatley

Stephen Heatley has worked in professional theatre for over 35 years as a director, dramaturge, actor, playwright and teacher. He holds a BA from Brock University, an MFA in directing from the University of Alberta and a diploma in Physical Theatre from the Canadian Mime School. During his 12-years as Artistic Director of Theatre Network in Edmonton, he directed over 30 world premieres. Stephen spent five years as Associate Artistic Director of the Citadel Theatre and five years as the resident director for the Freewill Players Outdoor Shakespeare productions in Edmonton. He has a long history with the province of Saskatchewan having directed for Twenty-Fifth Street Theatre, Shakespeare-on-the-Saskatchewan, Antic Quill, the Station Arts Centre in Rosthern, and Persephone Theatre (most recently, Cheryl Jack’s At the End of Her Rope in 2008).
Stephen has been involved with new play development across Western Canada for thirty years, and with the SPC since 2000. He lives in Vancouver and is a faculty member in the Department of Theatre and Film at the University of British Columbia where he works with actors, directors and playwrights. Most recently he directed Jean Giraudoux’ The Madwoman of Chaillot at the Frederic Wood Theatre in Vancouver.
*﻿
Kevin Kruchkywich
Aside from his career as an actor, Kevin has choreographed for theatres across the country.
Selected credits: Tear The Curtain (Arts Club/Electric Company); 1984 (Studio 58);The Tempest (Bard on the Beach); True West (Vancouver Playhouse); Bat Boy, The Full Monty (Patrick Street Productions); Oklahoma (Chemainus Theatre Festival); that elusive spark, Moliere, August and Wit (ATP); The Wars (Playhouse/ Theatre Calgary), True West, Cabaret, The Philadelphia Story (Theatre Calgary); Henry V, A Midsummer’s Night Dream (River City Shakespeare Festival); 17 Dogs (Workshop West); Noirville, Deathtrap, Dead Together, Killing Time, and Misery (Vertigo Theatre); the video game Prince of Persia: Sands of Time (Ubisoft). Kevin is a member of Fight Directors’ Canada.
*
Nicolle Nattrass
Nicolle is an actress (CAEA/ACTRA) & playwright (full member of the Playwrights Guild of Canada) She is a graduate from the University of Victoria in 1991 (Acting Specialization).
She has performed across Canada in theatre, radio, commercials and film. Favourite roles have included: Carol in Oleanna, (Nanaimo Festival Theatre), Constanze in Amadeus, (Western Canada Theatre), Isabelle in The Orphan Muses, (English language premiere, Belfry Theatre/Western Canada Theatre), Maggie in Lend Me A Tenor (Theatre NorthWest), Patsy in Perfect Pie and Eve in Waiting for the Parade (Great Canadian Theatre Company). In between performing for many regional theatres across Canada, she began writing sketch comedy and monologues which evolved into her successful one woman show, Brownie Points, Boldly Going Where No Brownie Has Gone Before. Brownie Points received nominations for Outstanding Original Play and Outstanding Performance at the Jessie Richardson Theatre Awards. Brownie Points received an American theatre premiere as well as being adapted into an award winning short film which garnered Best Comedy Award in 2003 and Best Performance in 2008.
She is currently Deputy Chair ( Chair: Tara Goldstein ) for the Womens Caucus, Playwrights Guild of Canada. She has served as a juror for Theatre BC’s Canadian National Playwriting Competition in 2008 & 2009. She has also worked as a director & dramaturge at the New Play Festival (Theatre BC) as well as for Leaping Thespian Theatre Company, Enlightenment Theatre and many individuals on their one person/solo shows. http://www.nicollenattrass.com/
Jessica Nottell
Vancouver-based actor, singer, dancer, combat artist, instructor, and choreographer. Jessica is a member of Fight Director’s of Canada and has worked extensively as a fight choreographer  for many productions including Titus Andronicus and the Marriage of Figaro.